"Grantham is a market town and borough, both corporate and parliamentary, in the parish and soke of its name, parts of Kesteven - 110 miles N by W from London, 24 SSW from Lincoln, 21 NW from Stamford, and 14 SW from Sleaford. It is situate on the River Witham, and on the ancient Roman road called Ermine Street; and the great north road from London to York passes through it. Grantham, during the parliamentary war, was an object of interest with the contending parites, and the scene of the first advantage gained by Cromwell over the royalists. The town consists of three distinct sections, the Borough, Spittlegate and Little Gonerby, each having its own regulations, but so united as to form one compact well-built town, the aspect of which is busy and respectable, and its environs exceedingly pleasant: within the last five or six years the number of buildings and inhabitants has increased very considerably."
["Directory of Lincolnshire," PIGOT & Co., 1841]

The Grantham Library is typically open six days per week.

Don't overlook the Grantham Museum. Their photographic archives may surprise you. 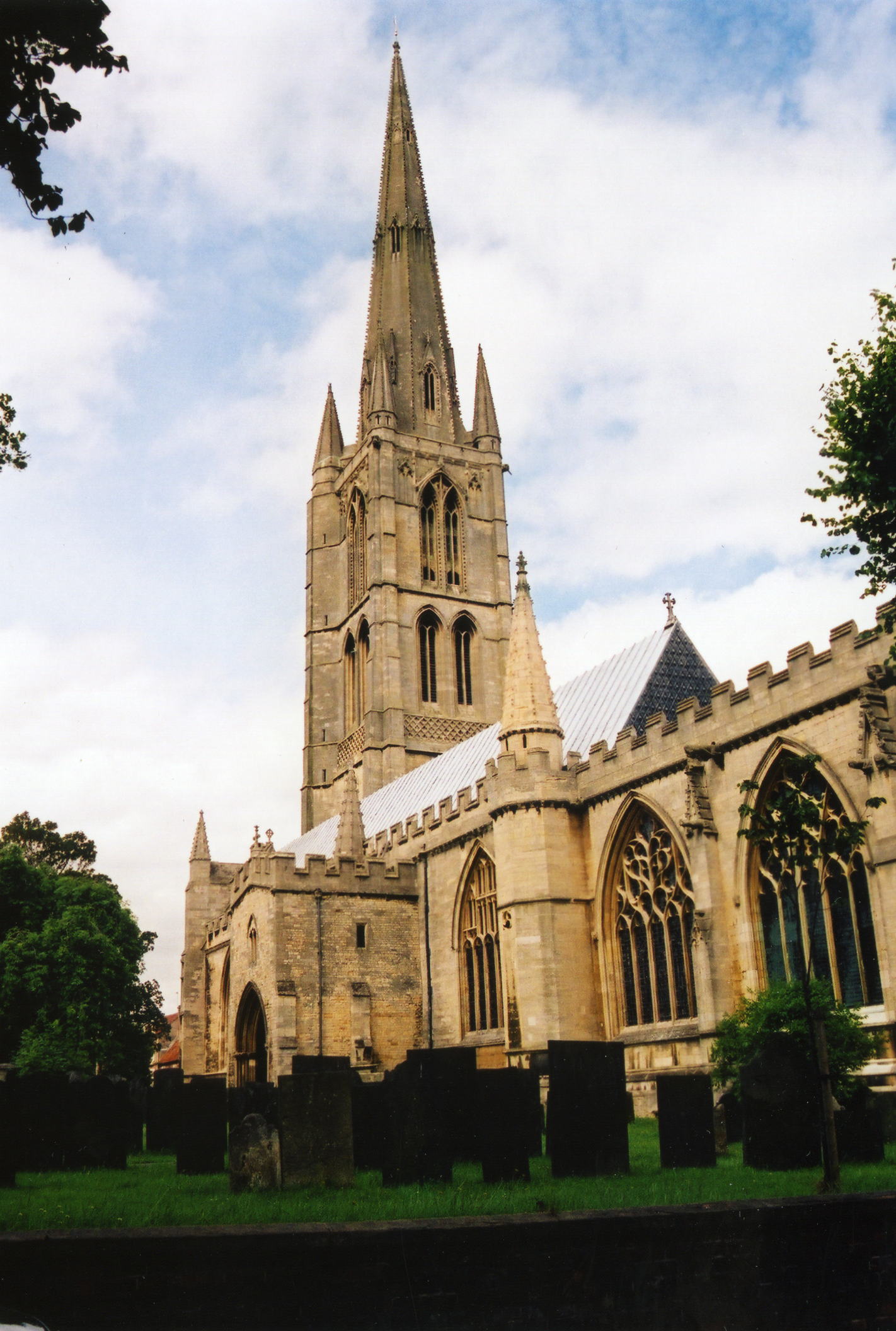 Grantham is an ancient parish, borough and market town in the west of the county, 24 miles south-west of Lincoln and 110 miles north of London on the old Great North Road. The parish covers about 5,000 acres and includes the hamlet of Walton.

The River Witham flows through the town in a northerly direction. If you are planning a visit:

You can see pictures of Grantham which are provided by:

A number of commercial directories exist for Grantham. The most commonly known directories are White's, Pigot's, Kelly's and the Post Office Directory. The town's entry will normally include:

Whites's and Pigot's directories can be found for the early 1800's. Kelly's Directories begin in the latter part of the 1800's.

You can see the administrative areas in which Grantham has been placed at times in the past. Select one to see a link to a map of that particular area.

Grantham was visited twice by King John. The last time was in 1213.

Grantham has a connection with the wife of Edward I, Queen Eleanor. Grantham was the first place that her body rested after her death in 1290.

Grantham received its first corporate charter from Edward IV in 1463.

History credits Grantham as being the place where Cromwell first had success against the Royalists in May of 1643.

The town used to hold a number of fairs for farm animals and agricultural products up until the early 1900's. More recently, Margaret Thatcher has written about Grantham as her girlhood home.

Grantham tripled its population between 1801 and 1871, primarily because of the completion of the navigation canal to the Trent River. Find out more about this canal at Grantham Canal Org.

Grantham was a center for entertainment for the surrounding communities. The Empire Theatre was one of many popular places in the late 19th century. Here's a photograph taken around 1965 of the building: 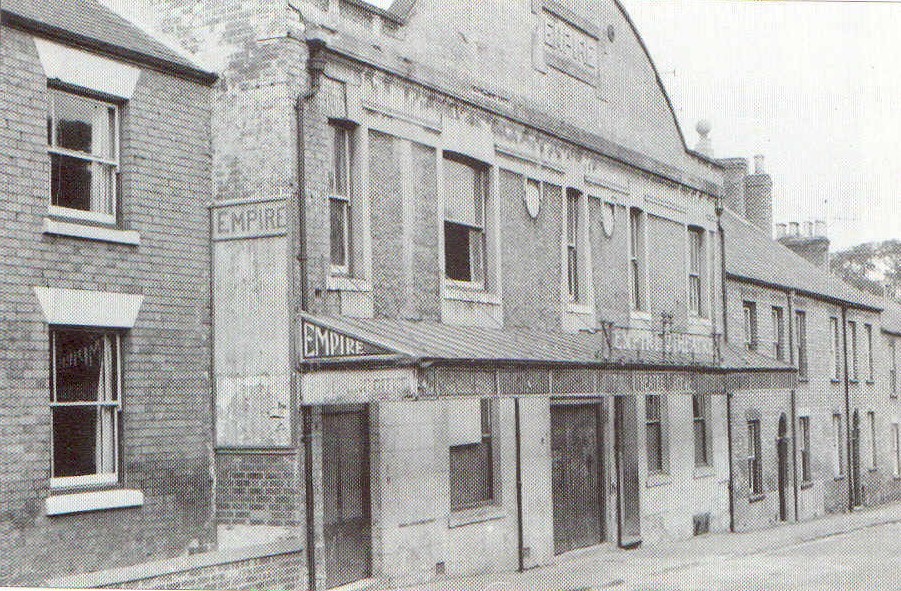 Grantham was the first place in the world to recruit and use women police officers in 1915. Mrs. Edith SMITH was sworn in by Grantham magistrates and given full powers of arrest.

Colin PARK has a photograph of the Beehive Pub on Geo-graph, taken in July, 1980.

Colin PARK also has a photograph of the The Angel & Royal on Geo-graph, taken in May, 2018.

Alan MURRAY-RUST has a photograph of the Medieval Market Cross on Geo-graph, taken in February, 2017.

Alan also has a photograph of the Sir Isaac Newton Statue on Geo-graph, taken in February, 2017.

"Local Men who are Serving King and Country"

In 1900, Lieut.-Col. Alfred Cholmeley Earle WELBY, member of Parliament, is listed as a county magistrate for Spittlegate petty sessions here. He would be buried in 1937 in Denton, Lincolnshire.

Likewise, Lieut.-Col. Charles John Bullivant PARKER was also list as a county magistrate in 1900. He had been born in Swayfield, LIN.

In 1900 the local newspapers were:

Mr. Arthur HUTCHINSON was Mayor in 1902.