Swinton and Simprim, Church of Scotland 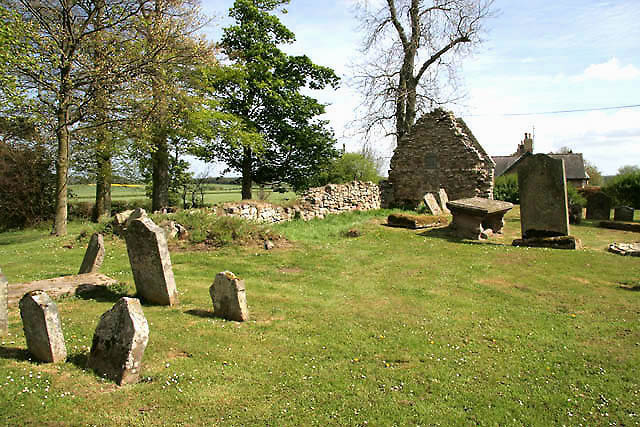 The remains of Simprim Church The earliest known church on this site was built in the 12th century. The church was burnt in 1482 and subsequently repaired, but fell into decline when Simprim Parish was united with Swinton in 1761. Thomas Boston was the minister here between 1699 and 1701.

The church was dedicated in 1247 and it, and its income, became the property of Kelso Abbey. In July 1482 the church was burnt by the order of the future king, Richard III. It was repaired but its fortunes declined although a new church steeple and bell were added in 1756. However in 1761 the parish combined with Swinton, the bell was removed to Swinton House and the church closed.