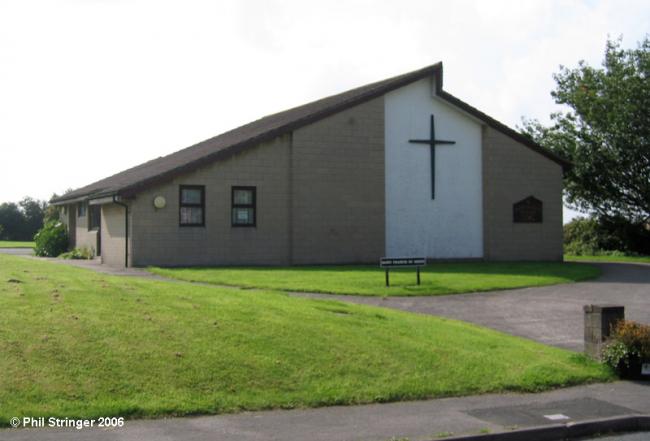 On 9 July 1967 Mass was celebrated in Hambleton for the first time for more than 400 years. However, the sitting room of the Bolangaro family was too small and so future masses were held in the village hall. It was realised that the local Catholic community needed its own chapel and a field opposite to the village hall was bought in 1975.

On 31 March 1979 the Bishop of Lancaster blessed the new chapel and celebrated the first Mass.

The Church which has been unused since about 2017 was demolished 3 March 2020 to make way for houses.