1. Christian missionaries used to establish a `feldekirk' or field church, by erecting a cross near a camp or town before preaching, and we know of three such sites in Anglo-Saxon Salford, Cross Lane, White Cross Bank and Greengate (where the town cross later stood). These were probably erected in the seventh century when Eadwine, King of Northumbria became Christian, and his Archbishop Paulinus began an intensive missionary campaign in the north of England.

2. A Great Cave along the `Woerdsal' or Orsdall Lane, was a place of Saxon worship to Woden, before it became a hermitage for monks of the Cluniac order. (Unfortunately, like many other precious relics of Old Salford, the Cave, which was bounded by Ordsall Lane, Everard Street, Oldfield Road and Woden Street was destroyed forever by James Hall the Quaker in 1808 when he built his house `Sunnyside' on Ordsall Hill. 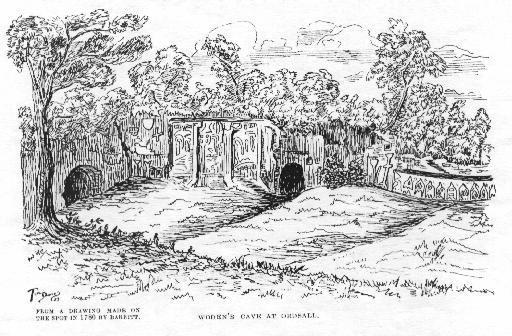 3. In 1154, Hugo de Burun, Lord of Horestan in Derbyshire, joined the order and retired to the Kersal Cell, his influential patronage bringing Kersal great fame, while the Chapel of Ordsall fell into disuse. The Cluniac Order was famous throughout Europe for being great pioneers of public education, a fact which no doubt had a marked influence on the Salford of the day. 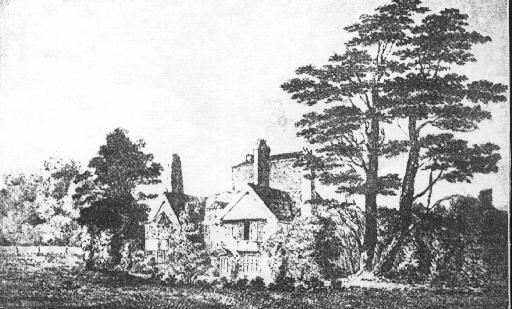 4. In the thirteenth century, Ranulph de Blundeville, in an attempt to resist growing Papal domination, unwittingly included clauses in Salford's unique and historic Charter which would deprive the Burgesses of their own Parish Church for the next four hundred years.

`XII Moreover, when any Burgesses shall wish to grant mortgage or sell his Burgage, he may do so to any one, unless the Heirs wish to buy it, and then the nearest shall have the preference, saving my service, and so that it be not sold to Religion.

XX When a Burgess, if he have no heir, can leave his Burgage and his Chattels, whensoever he dies, to whom he pleases saving my right, viz. Four Pence, and saving the service pertaining to the said Burgage to be alienated in Religion

XXVI Whoever may wish to sell his Burgage, except to Religion, and to leave the Town, shall pay me Four Pence, and go freely wheresoever he wishes with all his chattels.. 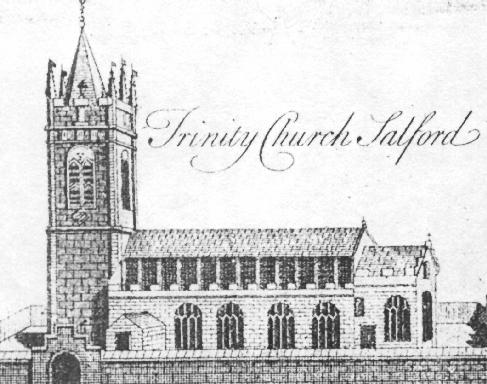 Sacred Trinity church This church would be named The Sacred Trinity (which still stand on Chapel Street today). The burgesses of the city having long been dissatisfied that, despite Salford's commercial importance and a ncient status, it had no ecclesiastical centre for public worship; its citizens being forced to endure the indignity of crossing the bridge into Manchester. Therefore, in 1634 the first foundation stone was laid by the great benefactor, Humphrey Booth, one the main instigators of its being

At one time, a two-storeyed Chantry Chapel stood on Salford Bridge, it contained a Chapel, a Guildhall and a Cell for the Chantry Priest. Here, wayfarers would stop and pray,and be given alms and food before journeying on.

Salford also had a holy well, known at various times as ``Our Lady's Spring'' and the ``Lady Pearle Spring'' where the lame and sick could come to bathe and drink it's healing water. Vol.II. of the Portmote Records show a charge in the Constable's accounts for ``carrying a creple to the powl'' This well was situated on Spaw Street, behind Chapel Street - so named because it later became a fashionable `Spa'

Salford Portmote Records 1597-1669
Salford Through The Ages - the `fons et origo of an Industrial City, by Charles P Hampson