A description of Radcliffe in the 19th century. 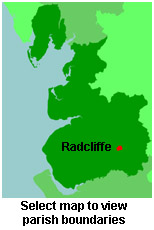